This past Thursday, I visited Restaurant Barr with my class, Creative Industries: Business, Innovation, Politics, and Culture. It technically wasn’t a traditional Wednesday field study because we went during normal class time, but honestly this was one of the best field studies I’ve had yet! For those of you unfamiliar with the DIS concept of field studies, they’re basically field trips that focus on hands-on learning outside the classroom. All students have off on Wednesdays, but usually will have one or two field studies with their various classes. All of my field studies so far have been really interesting and great ways to see the concepts we’re learning in the classroom applied in real life situations all over Copenhagen.

Ok, back to Restaurant Barr! I had actually been here before when my mom came to visit me in late August. A family friend who lives permanently in Copenhagen recommended this place as his favorite restaurant in the entire city! Needless to say, we had a great meal, with excellent service and truly unique dishes. Little did I know that I would be returning later in the semester in a completely different setting to learn more about that delicious meal I had with my mom.

Restaurant Barr serves what is known as New Nordic cuisine. This style of food can also be found in the world famous Michelin-starred establishment, Noma, but Restaurant Barr serves its menu in a more casual and approachable setting. Whereas Noma is nearly impossible to get reservations at, Restaurant Barr purposely works to always have room for walk-ins. Barr is still considered fine dining, but aims to be an informal restaurant for New Nordic cuisine, meaning a meal won’t cost upwards of $500 a person like Noma would. In this way, Barr makes this unique cuisine available to more people, and I think that’s fantastic news.

Barr is in the old location of Noma, partly due to the fact that the founder and head chef used to work with this Michelin-starred restaurant in the past. This chef, Thorsten Schmidt, was very influential in the development of New Nordic, and during our visit to his restaurant we discussed what it’s like to work in the restaurant industry and how this cuisine was started.

Not knowing what to expect, I walked into the restaurant and was immediately presented with a glass of beer as soon as I sat down. I couldn’t help but notice the beautiful array of food spread across the bar: a giant round of soft and creamy cheese, plates of roast beef, carrots, cucumbers, some sort of roasted vegetables, chips, and potatoes. The cheese was the “star” of the meal,  and everything else was a sort of accompaniment to it. The carrots and cucumbers were fresh from the surrounding region and the beef was local. The flavors were warm and earthy, and all paired well with each other.

Let me also say that Barr is a NICE restaurant. While I said it was more casual than Noma, this is still the type of restaurant to bring the parents to when they visit. The fact that we were eating here with our class was even more exciting considering this. As we all stared at the food, realizing that we were spending our Thursday afternoon in a classy restaurant and not in lecture, the head chef greeted us and invited us to make ourselves plates to eat while he talked to us about his experiences. Can all our classes be like this??

The assortment of food was a taste of New Nordic cuisine in a small plate “tapas” style. This cuisine embraces the fresh, local, and seasonal products of the Nordic countries, and ONLY the Nordic countries. In fact, when this cuisine was first developed in the 2000s, the chefs involved with its development released a New Nordic Food Manifesto summarizing their goals in ten points. One of these goals was to challenge the traditional style of fine dining, which is typically understood to be French and Mediterranean-style dishes. Thus, ingredients from all regions other than the Nordic area were banned. Products like olive oil, balsamic, foie gras, and others originating outside the Nordic region were completely removed from this cuisine.

While we enjoyed multiple helpings of the lovely buffet, the chef spoke to us about his experience working in the restaurant industry, and specifically with New Nordic cuisine. In his restaurant, he eliminated the use of white plates, because they are evocative of the type of traditional fine dining New Nordic tries to deviate from. His kitchen embraces the finding of innovative ways to use the entire food product, like pickling extra parts of vegetables, or incorporating unused ingredients as a new flavoring for oil.

When asked about the most outrageous dish he’s ever cooked, Thorsten answered, “hmmm maybe freshly chopped wood ice cream or the ‘one’ with jellyfish” – rather interesting. As a chef, he constantly innovates and discovers new flavors, and throughout his cooking he tries to bring people in and out of their comfort zone. He told us a story about a time he served ice cream to a group of six women. This was a participatory experience, and the six women had to help him create the ice cream at the table by mixing the ingredients together with him. Most were traditional ingredients found in ice cream, but raw eggs were also included. Everything went into a mixer and was shaken over ice to create a creamy consistency. When he served it to the group, most were hesitant or refused to eat it because of the raw egg; they were definitely out of their comfort zone. After a moment of discomfort, he laughed and told them the egg wasn’t actually an egg. Instead, it was a type of berry that looked exactly like an egg! The group then came back into their comfort zone, and everyone enjoyed the berry ice cream, and the experience as a whole.

Overall, if anyone reading this post has the availability to visit this amazing restaurant, I would highly recommend doing so. Make sure to ask your waiter to explain the cuisine; all the staff is just as willing to speak with their guests as Thorsten was to speak with us!

View all posts by marieoverseas

Hi! I’m Marie, and I’m a junior from Georgetown University studying abroad in Copenhagen, Denmark with DIS – Study Abroad Scandinavia for the fall semester. Thanks for visiting! 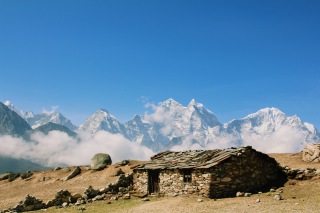 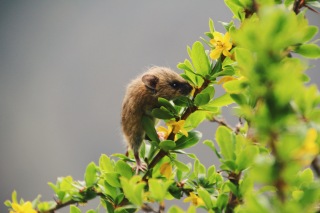